Rail shooters have always worked better in arcades, where lightguns were used to bring you into the action. Titles such as Time Crisis and House of the Dead were always brilliant, but played best in dimly lit arcade environments.

Recently, particularly in last generation with the Wii and PS Move, there has been somewhat of a resurgence – House of the Dead: Overkill was absolutely brilliant, with a Tarantino-esque vibe throughout – and now, Blue Estate looks to use the DualShock 4’s gyroscopic (read: sixaxis, our namesake) features to take it one step further. 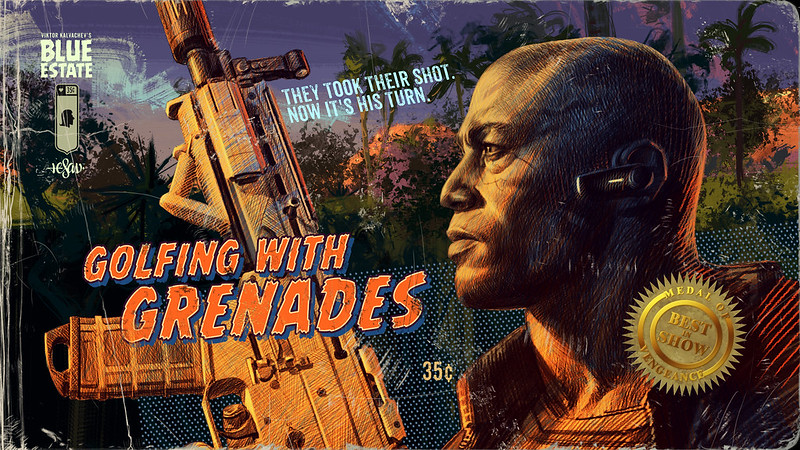 Blue Estate, the property, is a graphic novel which describes itself as Tarantino-esque and noir:

It’s all about pointing and using the controller itself, rather than the sticks, which is a throwback to traditional lightgun gameplay, but the trackpad is also used for the gestures, which sounds as though it could work rather well.

The game will feature two characters, Tony & Clarence, with the former being a Mafia type and Clarence being an ex-navy seal. Quite a contrast there, then. This leads into a co-operative mode, where two players will share the same screen.

Blue Estate will launch on PS4 and PS3, and stay tuned for a trailer sometime soon.