Blops 4 is getting a couple of private betas with PlayStation owners – who have pre-ordered the game, of course – getting an exclusive beta all to themselves starting 5pm BST / 6pm CEST on 3rd August. There will then be a second beta the following weekend with Xbox owners joining in the fun. 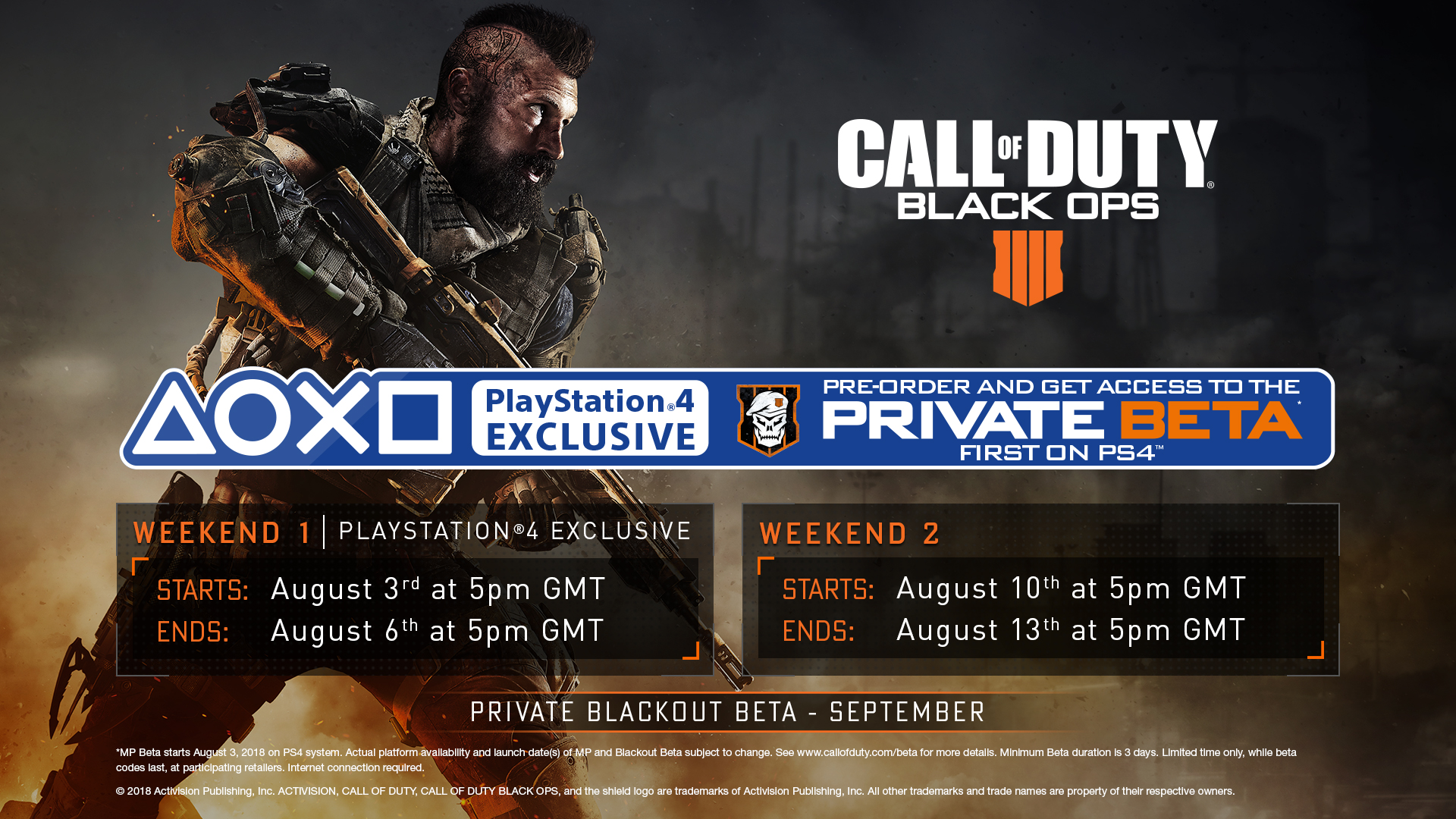 You will be able to play as ten of the Specialist characters listed below over a number of game modes including Team Deathmatch, Hardpoint, Domination, Search & Destroy and Control. Here’s the Specialists on offer:

All the game modes will be playable on four maps listed below, and PlayStation gamers will also get two extra maps because Sony likes throwing money at Activision.

If that isn’t enough there will also be another beta to test the Blackout mode in September.