The prequel to Edmund McMillen’s The Binding of Issac has, after a rather lengthy delay, got a launch date. The game was announced way back in 2016 with a view to release the following year, obviously that did not happen and the game will now be out on November 12th on PC and Mac.

Fans of Isaac are in for a bit of a shock as Bum-bo (um Bumb-bo, they drink it in the Congo) is nothing like the previous game and trades shoot ’em up action for deck building and match four puzzles. It does retain the literal toilet humour from the first game and includes lots of poo, wee, and snot.

Here’s McMillen himself explain how you play the game (complete with missing capitalisation).

I used to describe bumbo as Puzzle Quest meets Isaac, but over the years deck building roguelikes like Slay the Spire and Dicey Dungeons have defined the genre, so it’s probably best to compare it to those titles. 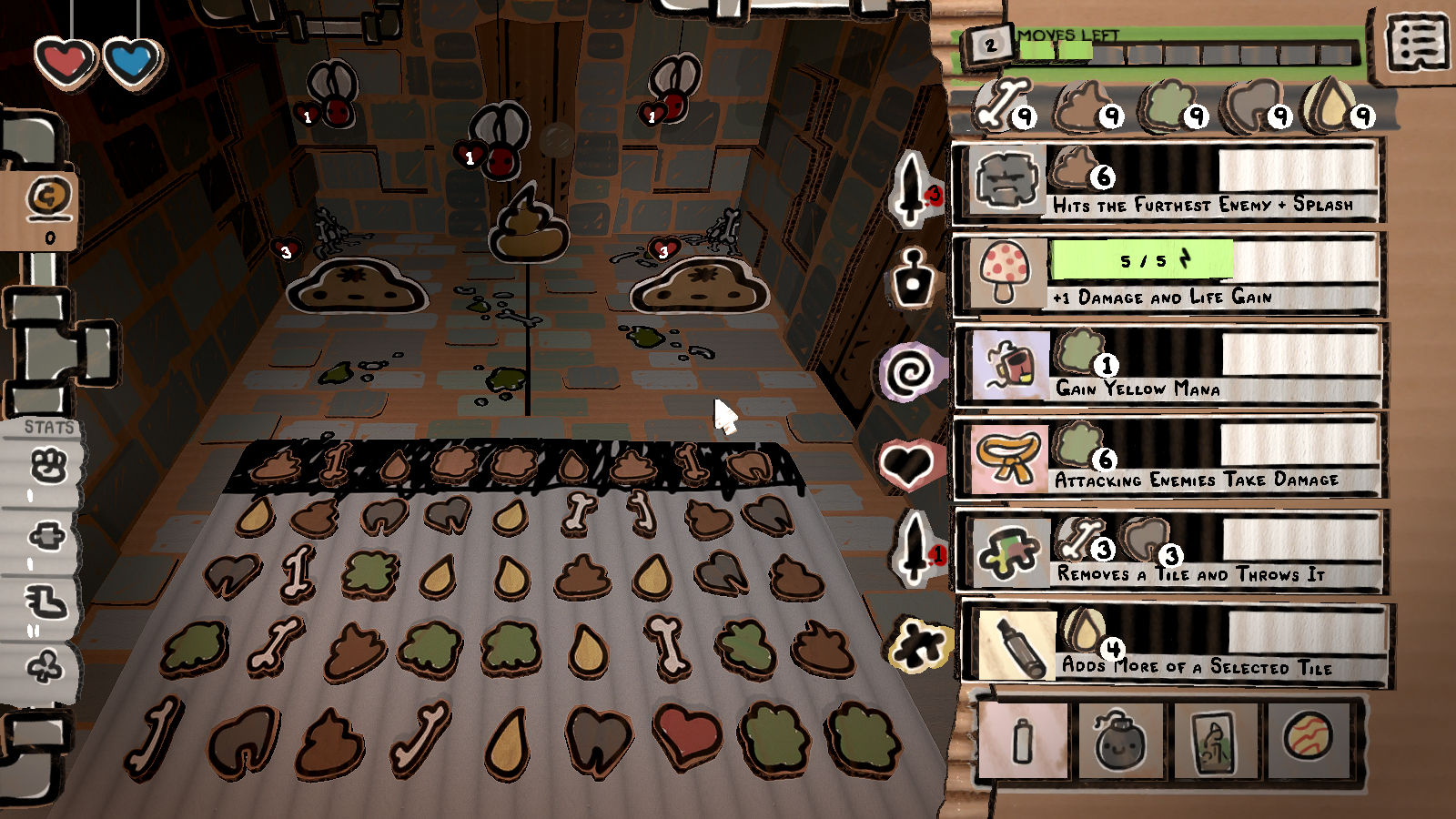 In The Legend of Bum-bo you travel through randomly generated rooms filled with monsters and are rewarded with coins and spells that are placed in your “deck” or spell book which each fit into specific archetypes. there are 5 types of items in bum-bo: attack, defense, puzzle manipulation, usable items and wild card types. 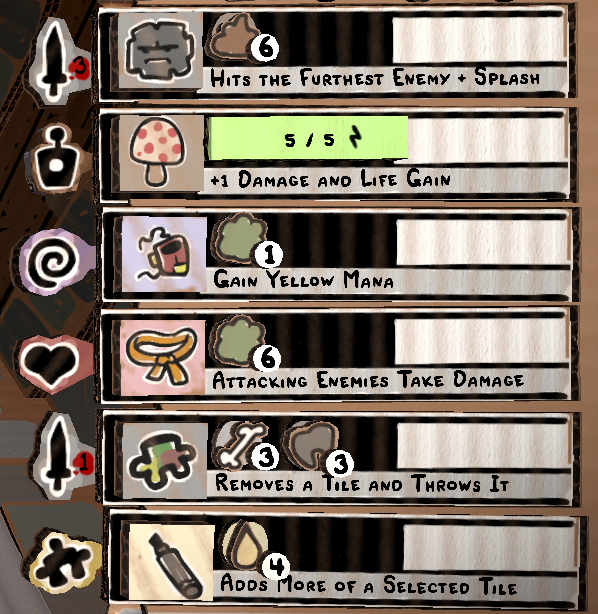 at the end of each dungeon you will face a boss and if you defeat them you will gain a trinket. trinkets are passive items that also fit into the 5 different item types and are designed to aide in specific strategies.

coins are rewarded depending on how you play and can be used to upgrade your spells and base stats. item mods or “pricks” can be applied to lower mana costs, raise damage, lower the charge cost or even re-roll the spell altogether. Stat boosts on the other hand can raise your health, add a movement point, raise your puzzle or item damage and raise your luck. 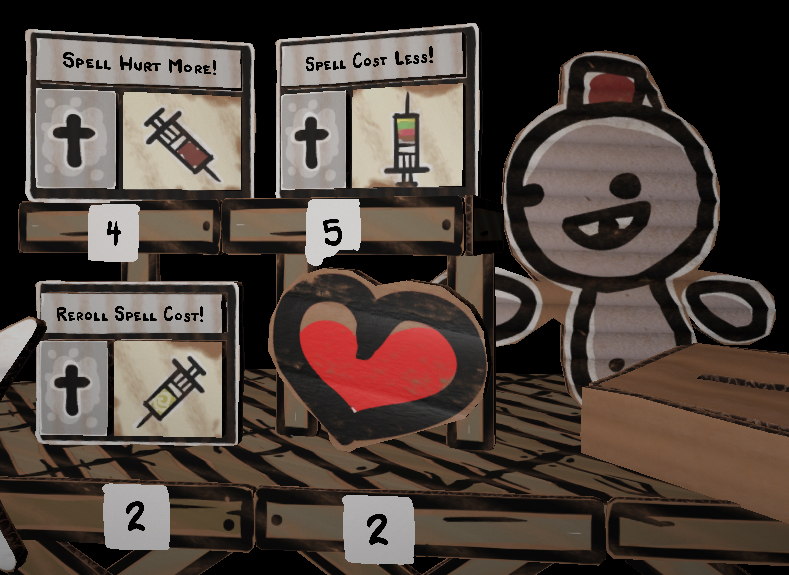 this is the core of what bum-bo is, but what makes it unique is that instead of dice rolls or energy the resources you gain in bum-bo come from the puzzle board.

the puzzle board utilizes a familiar match 4 system and uses a slide row/column mechanic. the number of times you can move the board is tied to each character’s movement points.

matching 4+ tiles of a specific color will gain you that much mana of that color that can be used to fuel your spells, but each tile type also comes with a specific ability that scales with the number of tiles within the combo.

Teeth – make attacks that scale up greatly, damage wise, but only hit one target.

Boogers – stick down an enemy causing them to lose actions on their turn depending on how many boogers were applied.

Poop – make defensive barriers that can be combined into large mounds that absorb damage.

each of the 5 core tiles also comes with an “ultimate combo” for matching 7+, but i wont spoil that now.

When you couple these core designs with 100+ unique spells, 100+ unique trinkets and quite a few different characters all with a specific mechanic… you get a super chaotic system of surprisingly deep strategy that will make you scream with ecstasy so loud your mom will be very disappointed in you.

– PAGE CONTINUES BELOW –
Tags: The Legend of Bum-bo