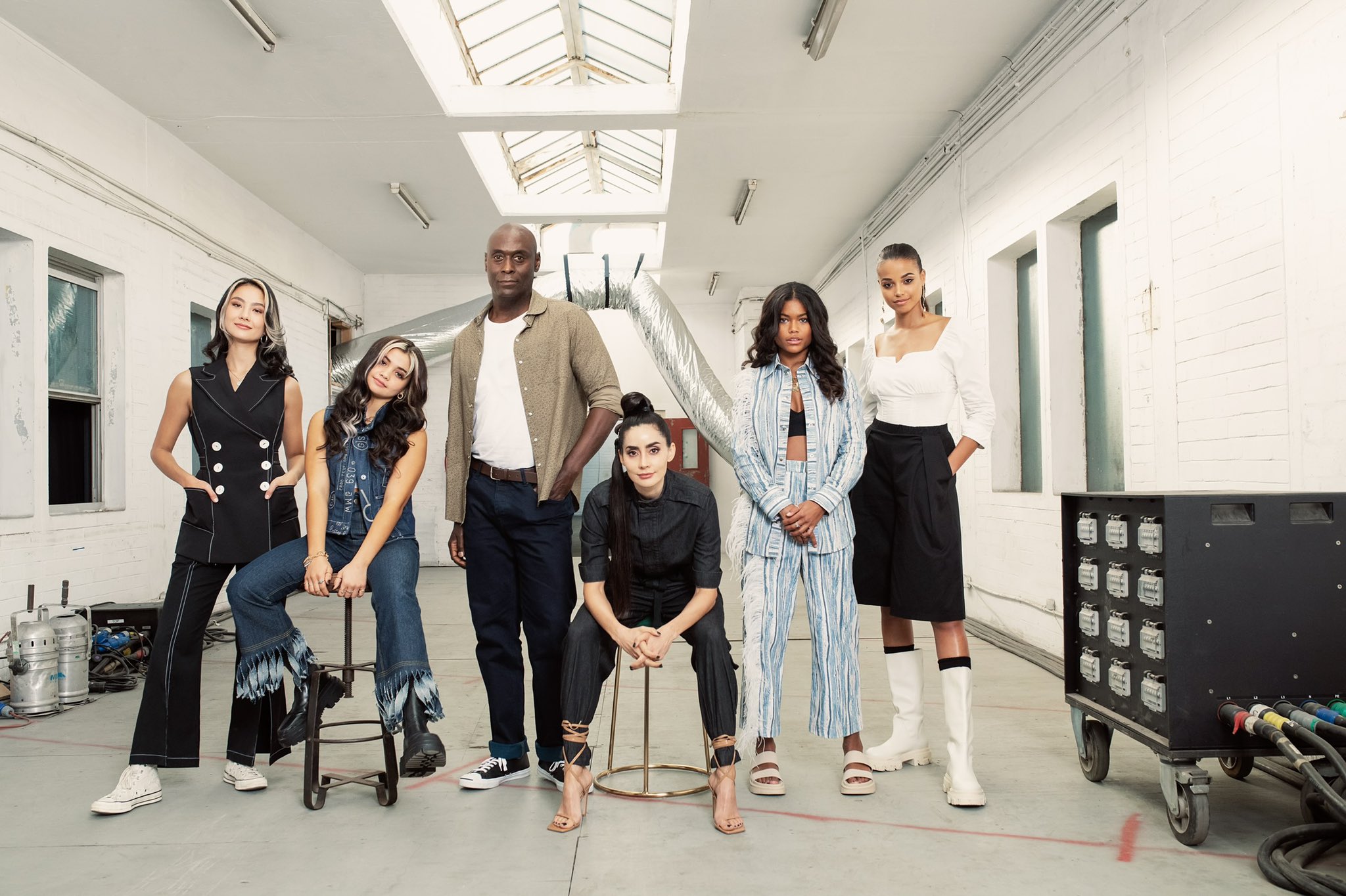 The series set in New Raccoon City, and will follow ‘the Wesker kids’.  The new story follows fourteen year old sisters Jade and Billie Wesker who move to New Raccoon City with their father. “The more time they spend there, the more they come to realise the town is more than it seems and their father may be concealing a dark secret” add Netflix.

The story will run across two timelines, and the second is set a decade in the future when the population of the Earth has been decimated with just 15 million people left alive. The rest – and all the animals – have been infected by the T-Virus and are the nasty, tentacled monsters we all know and love from the series If you look at the picture above you can see that the two actors on the left have the same hairstyle, so we’re clearly seeing the younger and older versions of the sisters.

We also have the first few minutes of Resident Evil: Infinite Darkness, the Netflix CGI movie which lands on July 8th.The series stars Nick Apostolides as Leon S. Kennedy and Stephanie Panisello as Claire Redfield, reprising their roles from Resident Evil 2, and finds our heroes in the White House battling zombies.

In 2006, there were traces of improper access to secret Presidential files found in the White House’s network. American federal agent Leon S. Kennedy is among the group invited to the White House to investigate this incident, but when the lights suddenly go out, Leon and the SWAT team are forced to take down a horde of mysterious zombies.

Meanwhile, TerraSave staff member Claire Redfield encounters a mysterious image drawn by a youth in a country she visited, while providing support to refugees. Haunted by this drawing, which appears to be of a victim of viral infection, Claire starts her own investigation. The next morning, Claire visits the White House to request the construction of a welfare facility. There, she has a chance reunion with Leon and uses the opportunity to show him the boy’s drawing. Leon seems to realize some sort of connection between the zombie outbreak at the White House and the strange drawing, but he tells Claire that there is no relation and leaves.

In time, these two zombie outbreaks in distant countries lead to events that shake the nation to its very core.

The series will consist of eight episodes each lasting an hour with Supernatural’s Andrew Dabb writing and Bronwen Hughes (The Walking Dead) directing the first two episodes. The series has been developed Constantin Films, the same team who made the movies.

Sea of Thieves: A Pirate’s Life is more than just a Pirates of the Caribbean joy ride
20/06/21