Gran Turismo 7 has some new gameplay footage released by Sony, and the video shows an uninterrupted flying lap of the Deep Forest Raceway. The camera angle is from a cockpit view giving players a very good representation of what it is like to drive a car. You can see the camera bounce and react pretty realistically to bumps as the lap goes on. In addition there is a lot of focus on the sound as you hear tyres against the tarmac and the roar of engines of the driver’s car, and the racers around them. Plus the visuals for Gran Turismo 7 look stunning.

Following in the racing line of Gran Turismo Sport, Polyphony Digital’s upcoming Gran Turismo 7 will also require an internet connection in order to save your profile. That’s regardless of whether you’re playing online competitive races, “offline” in the game’s campaign, and even using the livery editor, Scapes photo mode, GT Cafe or GT Auto. The only thing you can do without an internet connection is play the Arcade mode. 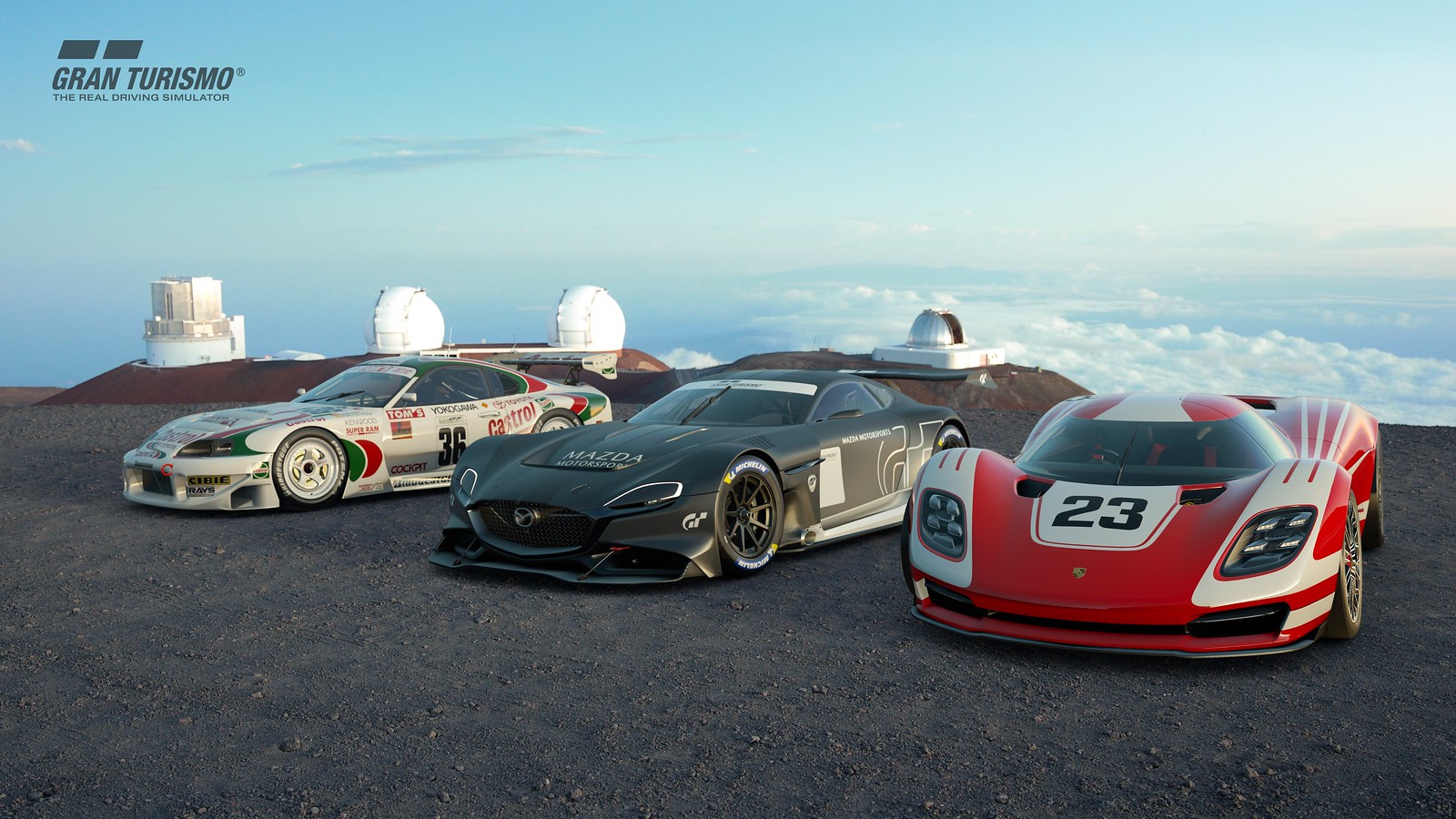 The 25th Anniversary Edition will get you even more digital bobbins. The limited edition physical version you will also get a snazzy steelbook. 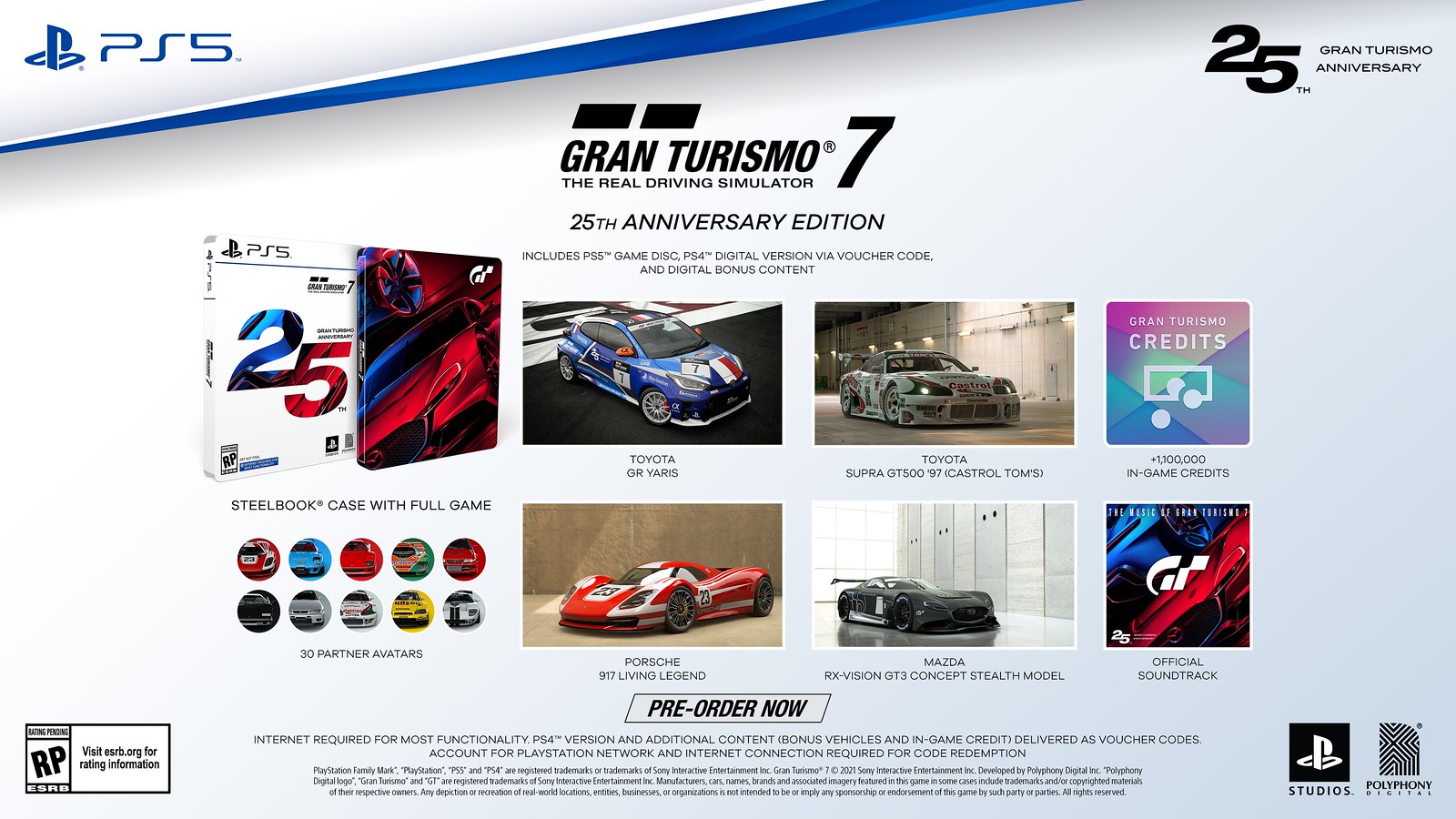 The 25th Anniversary Digital Deluxe Edition which includes all of the above but more credits. 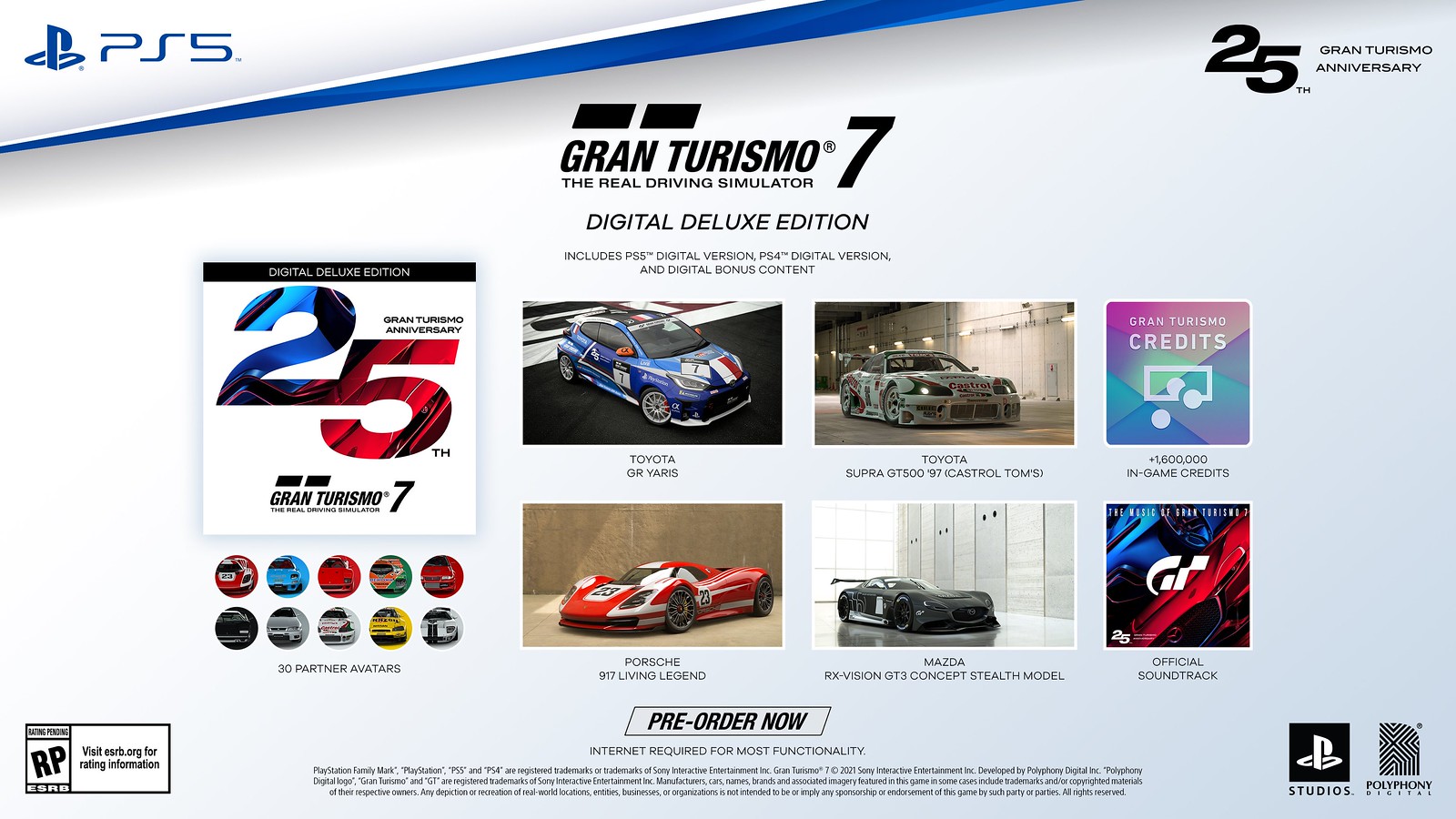