The next season in Destiny 2 begins on December 10th and it has been named as The Season of Dawn. No details have been revealed as Bungie will be holding a livestream to explain what the new content will include. The stream will begin at 6pm GMT on Wednesday December 4th and you will be able to watch it on Bungie’s Twitch channel, YouTube or Mixer. 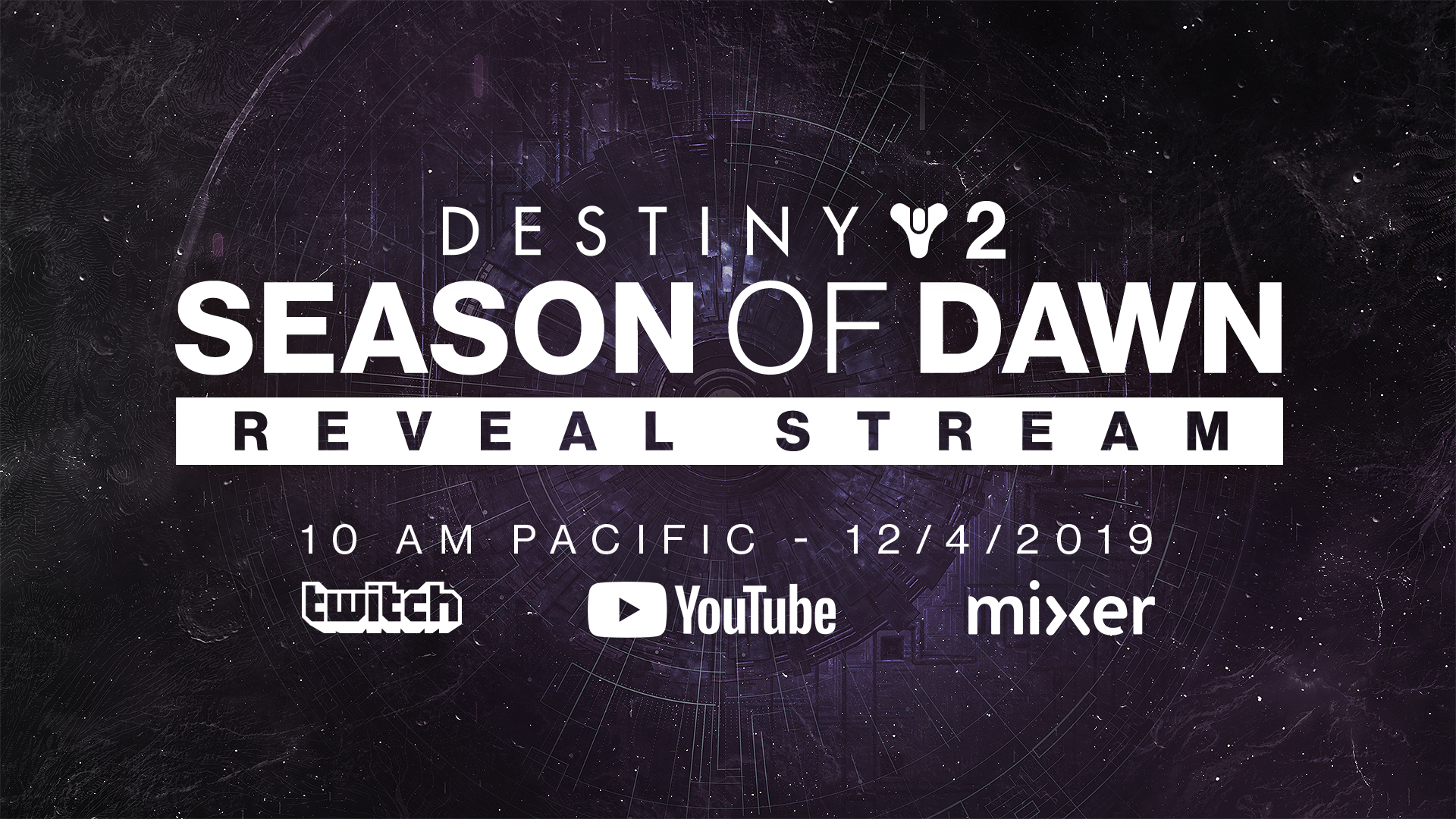 This will mark the first time a Destiny 2 season has been sold and not included in a season pass, Shadowkeep included The Season of Undying but players will have to purchase The Season of Dawn separately for $10 or local equivalent. At present I cannot see any option to pre-order it on the PlayStation Store.

Bungie have also noted an issue when playing Destiny 2 in Stadia.

Google Stadia and Chrome Extensions
Last week, Destiny 2: The Collection launched on Google Stadia. Since launch, we’ve been closely monitoring reports for player-impacting issues on our local #Help forum. This week, we’d like to highlight an issue which can emerge when players have Chrome extensions enabled while playing Stadia in their Chrome browser.
In some cases, Stadia players have reported that Chrome extensions can interfere with keyboard inputs during Destiny 2 gameplay. If, for example, a player has a Chrome extension which uses the “R” key as a hotkey, the “R” key may be unresponsive during gameplay.
In all cases, we recommend that players remain aware of which Chrome extensions they have enabled, and be prepared to disable them in the event that they interfere with gameplay inputs. Alternatively, players can choose to rebind their keyboard inputs in their Destiny 2 Settings menu. If players encounter other general issues with their keybindings, they should restore them to their defaults and set them again.
For more information on Google Stadia, players should visit our Stadia Guide.