Destiny’s Dark Below DLC will be releasing soon and it will introduce a new raid, strikes and equipment as players face the Hive. As part of the continued exclusivity deal between Bungie and Destiny PlayStation players who buy the Dark Below will get some extra content, with Xbox players having to wait until Autumn 2015 for it. This new content is a new strike, and a new exotic weapon. 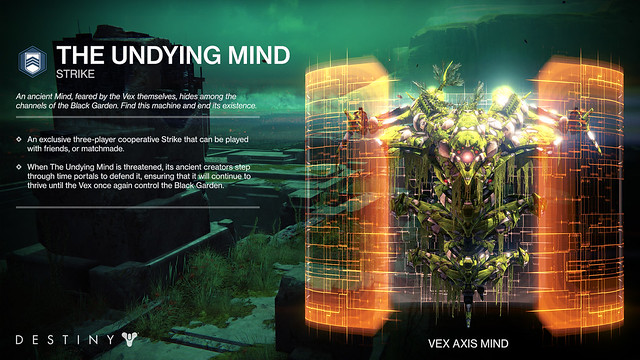 The strike is called The Undying Mind and takes place in the Black Garden, with up to three players being able to co-op to take down the boss of the same name. Time portals appear to be part of the strike too, with enemies stepping through them to protect it. You may have to shut those portals down by destroying them, as done in a couple of instances in Destiny’s story missions. The second bit of content is an exotic shotgun called The 4th Horseman, which has four barrels and can fire five shots. This weapon also does Arc damage.