Three years have past since No Man’s Sky launched exclusively on PlayStation 4 and following the recent huge updated, which added PlayStation VR support, the game is being released once more with all the new content included.

“It seems only fitting that we should bundle up all of these three years of updates, re-master the game and re-issue it on a shiny new disc,” said Hello Games Sean Murray. 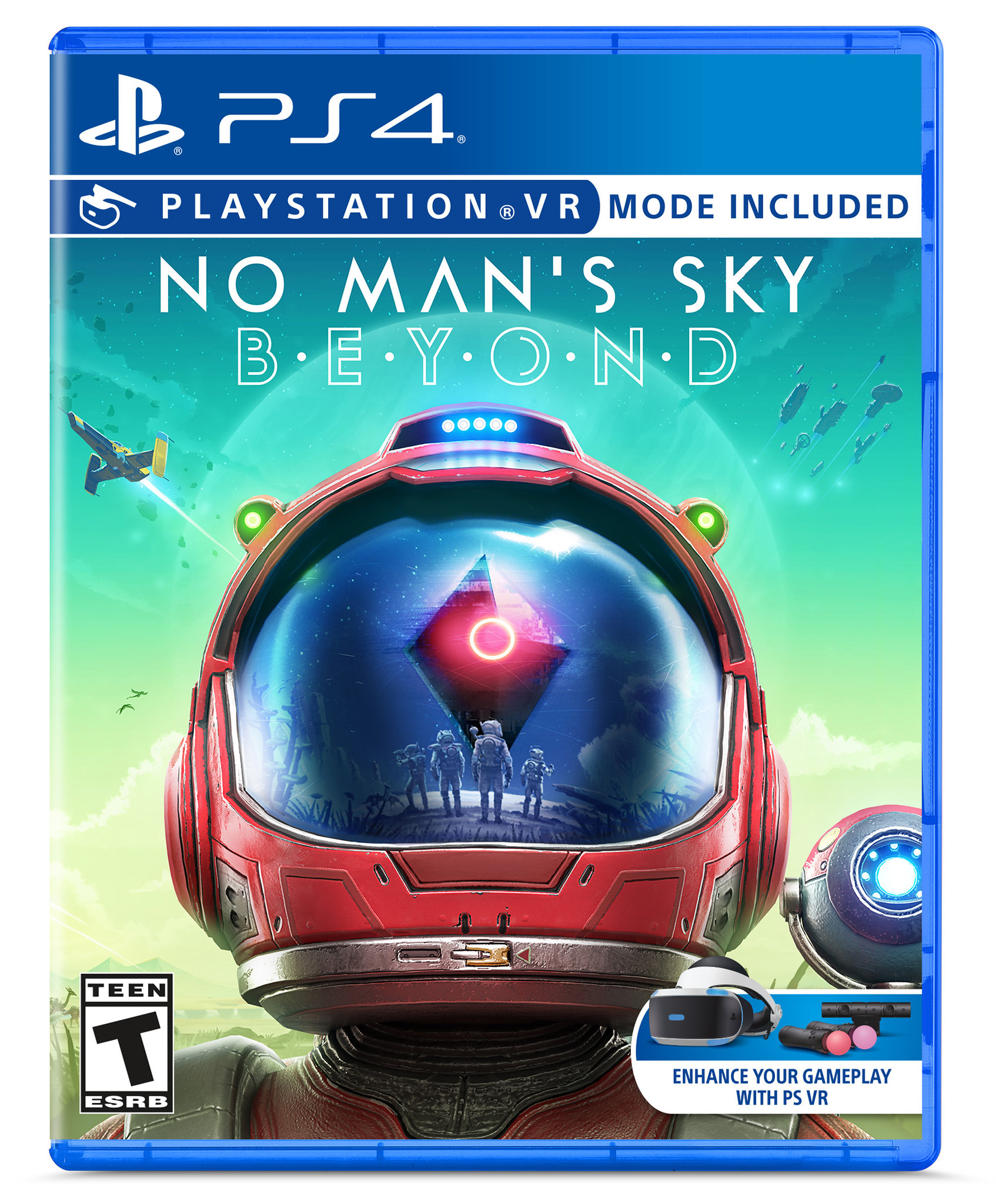 The pack include Foundations, Pathfinder, Atlas Rises, Next, The Abyss, Visions, and Beyond, and will launch in Europe on September 11th with North America getting the same disc a day earlier.

Gareth has spent some time playing the PSVR version of No Man’s Sky and had this to say.

There’s plenty of care taken in the implementation as well. If smooth movement causes you a little motion sickness the accessibility options have got you, it can be set to teleporting for movement and snap for rotation, as well as tunnelling to reduce your peripheral vision. More than just this, there are a litany of great touches that improve the experience, such physically reaching for the handle on your windscreen(?) and pulling it up to get out of your ship, reaching over your shoulder to equip your multi-tool, and inventory windows and the like not simply floating in front of you. Instead, they’re projected upwards out of your left wrist and interacted with using your right hand. It might sound small, but it all about the immersion and makes you feel a bit like a spaceman from the future, which is always a good thing.

There are drawbacks, however, and the obvious one in VR is the pretty drastic drop in graphical fidelity. Things are a bit jagged, especially at a distance, and it’s most noticeable on space stations or the space anomaly where there are more fine details in the architecture. Certain things are lacking a little polish which, whilst I’ve never noticed before, become very clear in VR when you can look out of the window of your ship and see the moving parts of the engine clipping through the outside. You can also clip through parts of frigates and freighters rather than colliding with them. Despite these issues, they fail to take the sheen off wandering around alien planets and actually physically pointing your laser gun at things.