You might want to give any Fallout 76 fans you know a wide berth for a few weeks as it has been revealed that they might have a mouldy helmet. Warnings state that these filthy helmets could be infectious and a quick trip to the STD clinic will not help.

The Power Armor Collectible Helmets were produced by Chronicle Collectibles and sold at Gamestop stores in the United States when the game launched last year. Unfortunately, some of the fabric used inside the headgear seems to have been riddled with something nasty.

“Mold can be present on the fabric insert inside the helmet, posing a risk of respiratory or other infections in individuals with compromised immune systems, damaged lungs or an allergy to mold,” states the United States Consumer Product Safety Commission. 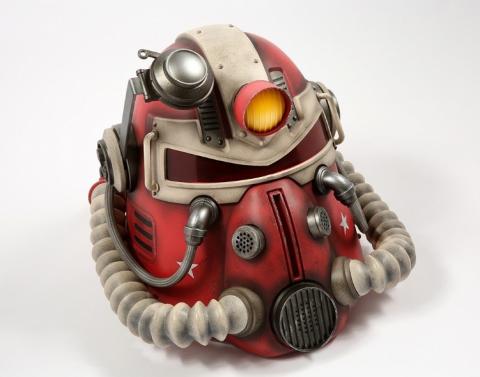 We should stress the product recall is for the Chronicle Collectibles helmet and not the item that was sold as part of the collectors edition of the game.

This is not the first time the game has had a problem with collectables, Bethesda advertised the collectors edition of the game with a rugged looking West Tek canvas bag but when buyers opened their packs they found they had been given a rather ratty and cheap nylon bag.

The company decided to give everyone $5 worth of in-game credit to make up for the rubbish bag and as you might expect that wasn’t received well. At the start of December 2018 they eventually announced the would be replacing the bags but it took until June 2019 for the bags to arrive.

A Star Wars Battlefront spin off has reportedly been cancelled

See how Unreal Engine 4 was used to make The Mandalorian