Duke Nukem is having a big day today with the studio behind the series, 3D Realms, snapped up by Embracer, home of THQ Nordic. We also have a trailer for Duke Nukem Begins, a game that was being developed by Gearbox in 2008 but was subsequently cancelled.

The video is a ‘vertical slice’ which means it’s all CG rather than running on a game engine and was created to give the suits at Take-Two an idea of what the game would be like if it were to go in to production.

The Duke Nukem Begins trailer was released by Gregor Punchatz who was working at a studio called Janimation at the time. “I headed up this project, as the director at Janimation, and did a lot of the character development, including the design and modelling of Duke,” said Gregor.

“We poured everything we had into making the most awesome cinematic Janimation had ever created. But unfortunately, we got word the game was canceled due to the legal issues with Duke Nukem at the time.”

“Because it is still a piece I am damn proud of, I am releasing it 13 years after its creation. The whole team that worked with me deserves to see this released into the wild,” he adds, “I hope this somehow resurrects this version of the game by showing the world how awesome it would have been.”

3D Realms and Gearbox are now both part of the Embracer Group and the legal wranglings are now in the past so there’s nothing stopping Embracer in getting Duke Nukem Begins back in production. However, the character is very much a thing of his time and was incredibly sexist, a more modern version of the character might not go down well with the fans. 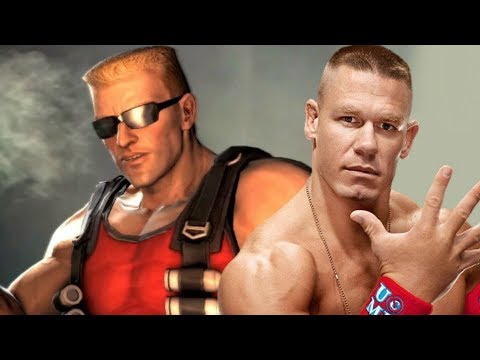 The last time we heard anything about Duke Nukem was back in 2018 when John Cena confirmed he was to play the character in a new movie.

“We don’t have a script yet, so that is confirmed at this point but if he reads the script and he doesn’t like the script I’m sure there’s ways that he could pull out, but right now he’s our guy,” said producer Andrew Form at the time.