Loot boxes, or Surprise Mechanics as EA refers to them, are under the microscope at the moment with governments investigating them and players generally hating them, but Sony have decided now is the time to bring loot boxes in to the real world. Yes, really.

They work just like their digital counterparts, a colourful enticing box filled with mystery. What’s in the box? Who knows! Pay some money and find out! It might be something you really didn’t want, it’s a gamble!

Except it’s not, it’s not gambling at all, it’s a surprise mechanic, shhh, don’t mention gambling, no gambling here there are children present.

There will only be 500 of each of the Limited Edition PlayStation-themed Mystery Boxes and each one will contain five limited edition PlayStation-branded items “averaging at a total value of $90 MSRP,” Each box will set you back $60 and there’s a new box each day so that’s $300 if you want to get all twenty five items. 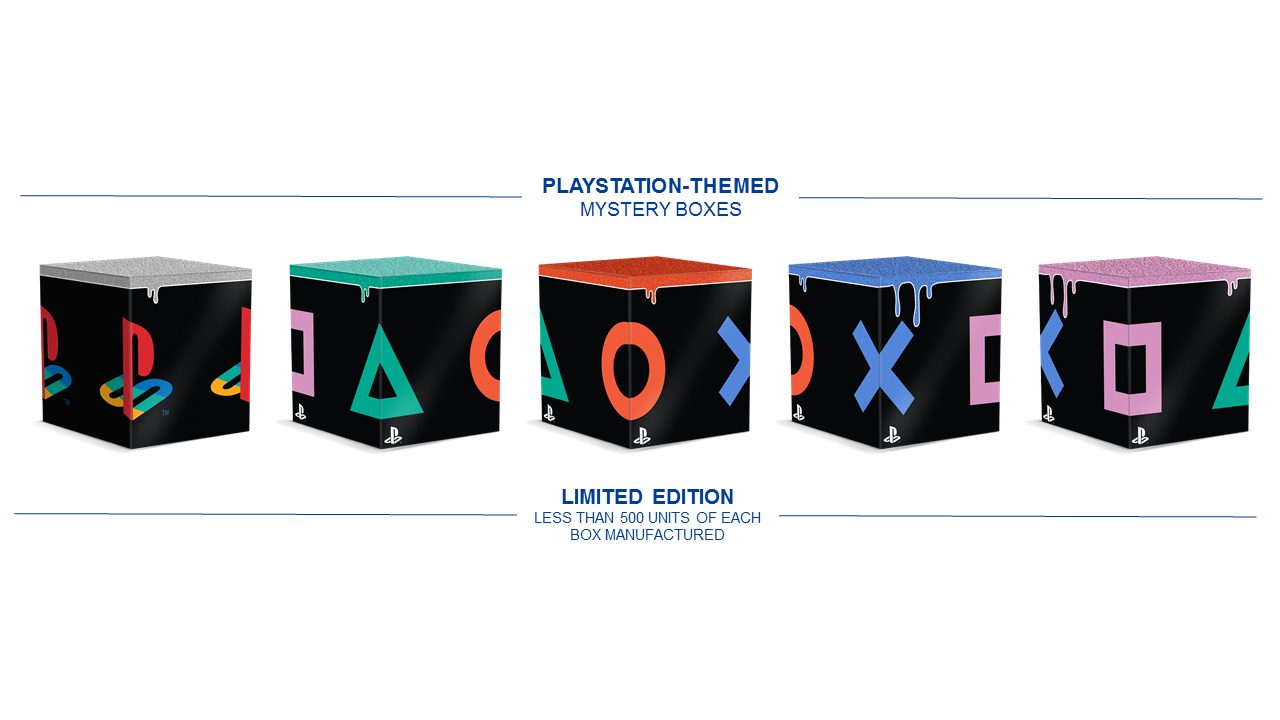 It was EA’s VP of legal and government affairs, Kerry Hopkins, who coined our phrase of the year, ‘surprise mechanics’, when EA and Epic were called in front of the UK’s Digital, Culture, Media, and Sport Committee.

US Senator Josh Hawley is currently trying to push through laws in the United States to ban loot boxes with the snappily titled “Protecting Children from Abusive Games Act”.

Some games have already removed loot boxes including Forza Motorsport 7 and Heroes of the Storm, and both Google and Apple now require the odds to be displayed on all loot boxes for mobile games.