Here is you daily Death Stranding news item, a tweet from Kojima that shows Mads Mikkelsen, aka Cliff in Death Stranding, looking a bit forlorn with a slice of melon. 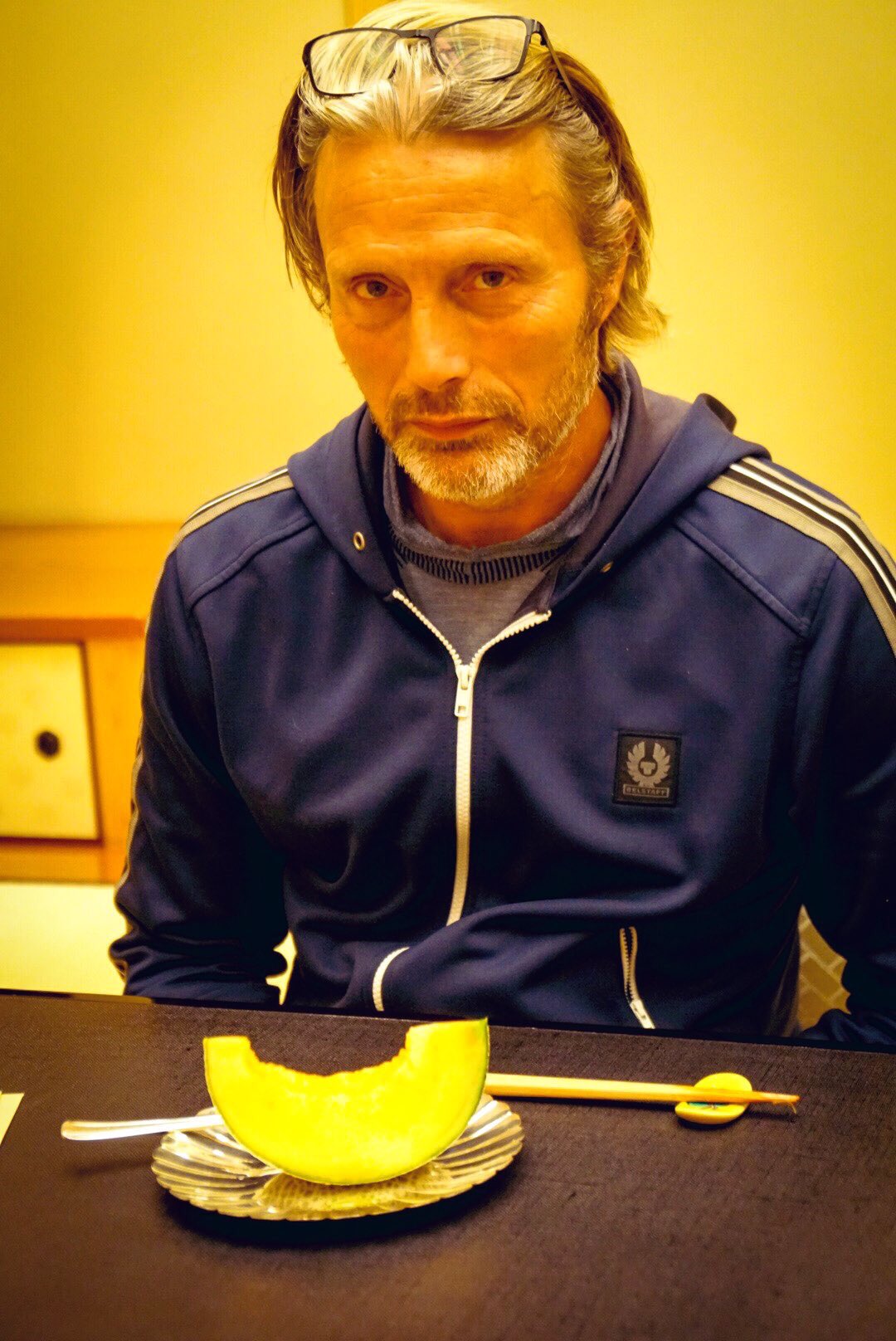 Kojima has also said the game is a metaophor for Trump and/or the EU.

When you connect, you can use UCA services, but at the same time, they’re retrieving your information 24 hours a day. It’s like 1984. Some people may not like that, and say ‘I’m not going to connect to UCA, because we’re going to repeat the same thing that we did.’ Like Trump, or the EU, these things. It’s a metaphor.

Although the game is set in America the game may look like other locales. “I made that map deliberately not correctly America,” he said. “Maybe it looks like Japan from that angle. I want people to not think ‘America,’ but ‘where you are.’ Because it depends on who is seeing it. And of course, it’s in the future, and everyone’s connected by internet, but everyone is fragmented. That’s kind of a metaphor as well.”

If you are hoping for action packed game then you may be dissapointed. In an interview with GameReactor Kojima said “It’s not like Terminator or Star Wars. There is no explanation or anything. It’s very easy to do it that way and I can do it, but the story progresses slowly. Especially at the beginning. You will feel lost, but don’t worry – you will naturally fit in. The system is explained.”

“Some people say it’s almost like the movie Alien, where you are gradually finding out what the whole world is about, what you can do and not do,” he continued. “Maybe it gets really fun when you have completed 50 percent of the game.”

Check out our Death Stranding Hub for everything you need to know about the game!