Well this is new, and quite probably a one off to keep PlayStation 5 owners happy, but a nice gesture from Sony nevertheless. It seems that if you already own the PlayStation 5 digital version of Maneater, which is the bonus PS5 game in January’s PlayStation Plus line up, you will automatically be refunded the cost of the game. 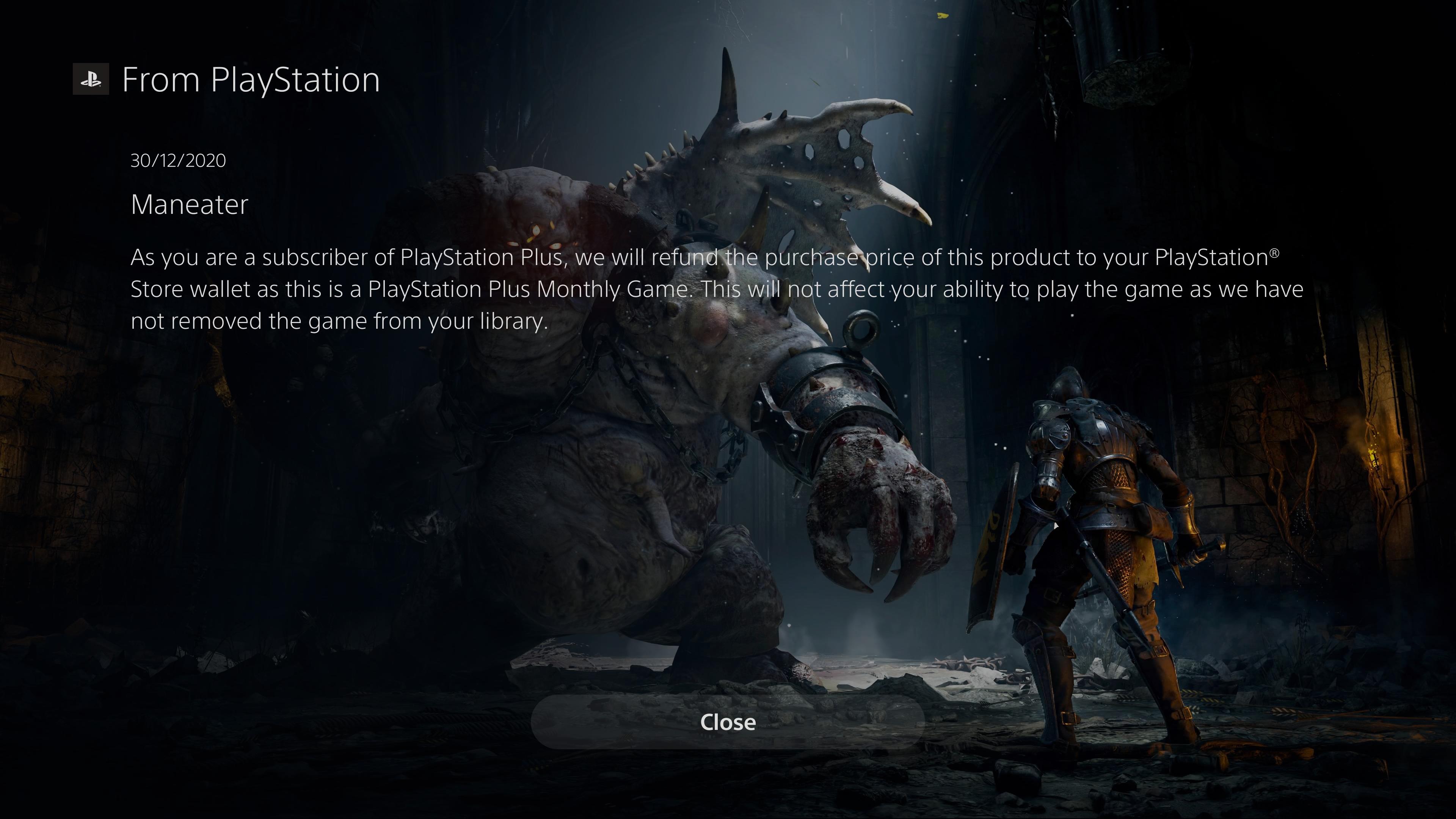 I wouldn’t expect this to be new policy from Sony as it would cost them millions if they started doing it for every game, rather it’s just a sweetener for early adopters.

From Tuesday 5th January, all PS+ members can grab a pair of PlayStation 4 games in the form of Shadow of the Tomb Raider and the action RPG Greedfall, but if you have a PlayStation 5 you will also get the aforementioned Maneater, but only on PS5, the PS4 version is not included.

It’s seemingly becoming the norm that there are now three games being given away each month with PlayStation Plus, after Sony stepped the service back to just two games later on in the PS4 generation. Alongside the PS5 launch they gave away Bugsnax, in December there was the newly released Worms Rumble, and we know that February will have the PS5 exclusive Destruction AllStars bundled in as well.

For January it’s a pretty good haul. We awarded Shadow of the Tomb Raider a strong 8/10, saying:

Building on the foundations of Rise of the Tomb Raider, there’s more depth to the actual tomb raiding, more flexibility in the combat, and the city of Paititi is a hub that you can easily get lost in as you explore it and the surrounding jungle. So, while Shadow of the Tomb Raider’s story lacks some of the meaning and impact that it sets out to, this is another action packed romp for fans of the series.

In our Greedfall review, Gareth awarded it a solid 7/10:

Greedfall has an ambitious story, but it’s not backed up by the clearly repeated environments, simple combat and dull abilities that take ages to unlock. However, seasoned RPG players might well be able able to look past those flaws in favour of the interesting, well written stories about political manoeuvres and oppression that make up the bulk of the quests in this pretty dark, deep world.