Deathloop was meant to be out exclusively for PlayStation 5 and PC on 20th May but has now been delayed until September 14th. As usual it seems Covid has played a part and has slowed down production so the game needs a few more months before it is ready. 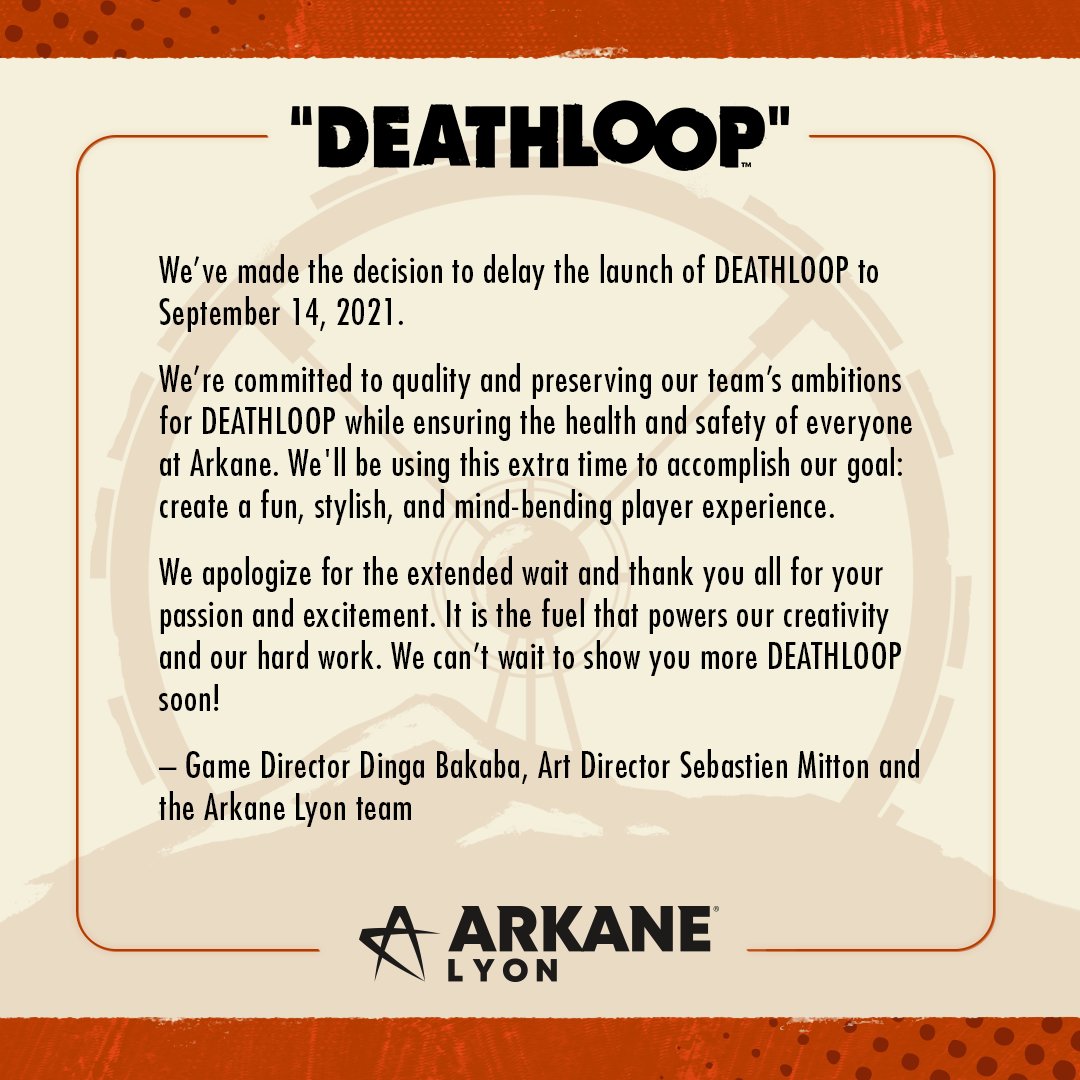 Although Microsoft now own Bethesda a timed exclusive period is in place so the game is not arriving on Xbox until next year.

A new video was recently released which just how the time loop works, who the Visionaries are, and how you’ll have to navigate the tangled web of opportunity, action and counteraction in order to kill all eight targets and break the loop.

Essentially it’s a more murderous Groundhog Day, as you wake up on the shore of Blackreef at the start of the day, go about your business and then, whether you survive all the way to the end of the day or not, start all over again.

Your targets are the eight Visionaries; people of influence who have cooked up this time loop in order to live forever. In order to try and save their own skin, they’ve told all of the inhabitants of the island to try and kill you.

The key is to learn how what makes the island tick, with four periods through the day and four districts to acquaint yourself, piecing together how the Visionaries can be manipulated so that you can kill all eight of them before the day is out. You can take as much time (or as many loops) as you need to figure it out. While you might always be sent back to the start of the day, this isn’t a roguelike (so the island and its routine remains fixed each spawn), but you will be able to keep weaponry and upgrades between loops, including supernatural abilities like blink teleporting as you might be familiar with from Arkane’s hit series Dishonored.

Farming Simulator 22 is coming later this year to PC and consoles
22/04/21
Olympic Virtual Series event announced, Polyphony Digital and Konami among partners involved
22/04/21
Tandem: A Tale of Shadows, the Tim Burton inspired platformer, gets a new trailer
22/04/21
Star Wars: Knights of the Old Republic remake allegedly in development at Aspyr
21/04/21