It’s coming toward the end of the month, and I’m sure many of you are eagerly looking forward to the next batch of free games bundled into PlayStation Plus. What are the latest rumours? When will the announcement come? Let’s break it down.

Update: Sony has let slip the three games that will be a part of PlayStation Plus in August.

When will PS Plus August 2021 games be announced and released?

Traditionally PlayStation Plus games have always been announced on the last Wednesday of ever month at 4.30 PM UK time with the games going live the following Tuesday morning, so for this batch of games we are looking at Wednesday 28th July. That said, Sony occasionally decide to change things up and announce them earlier or later, depending on what mood they are / what underpants they are wearing / the availability of their favourite coffee / some other reason they never reveal.

But this month, things are a little bit different. Sony has updated the PlayStation Plus page on their site to show what the August games are.

There are three games as part of PlayStation Plus in August, with two PS4 games (which can be played via PS5 backward compatibility, or as a cross-gen game), and a PS5 bonus game where only the PS5 version is being given away.

The first two games are Plants vs. Zombies: Battle for Neighborville, the most recent in PopCap’s third person shooter spinoff series, with 8v8 multiplayer battles set in the popular PvZ universe. There’s also Tennis World Tour 2, the latest sports game from Big Ant Studios, with a few twists to capture the twists and turns of top tier pro tennis. Tennis World Tour 2 was upgraded for PS5 earlier this year, so this should be a cross-gen release.

Finally, the PS5 bonus game for August PlayStation Plus was announced during a recent State of Play broadcast. 30 player PvP and PvE Battle Royale Hunter’s Arena: Legends will launch as a PS5 and PS4 console exclusive on August 3rd, with the PS5 version being bundled into PS Plus. The game will also release on PC via Steam that day with full cross-play enabled between PlayStation and PC.

Hunter’s Arena: Legends will have some competition with other battle royale titles, but the focus on a non FPS setting and additional monsters in the environment could help differentiate the game.

Can I still download the July 2021 PlayStation Plus Games?

Yes you can, Call of Duty: Black Ops 4 and WWE 2K Battlegrounds and the new PS5 remaster of A Plague Tale: Innocence are still available. Here’s the download links straight to the PlayStation Store to add them to your account: 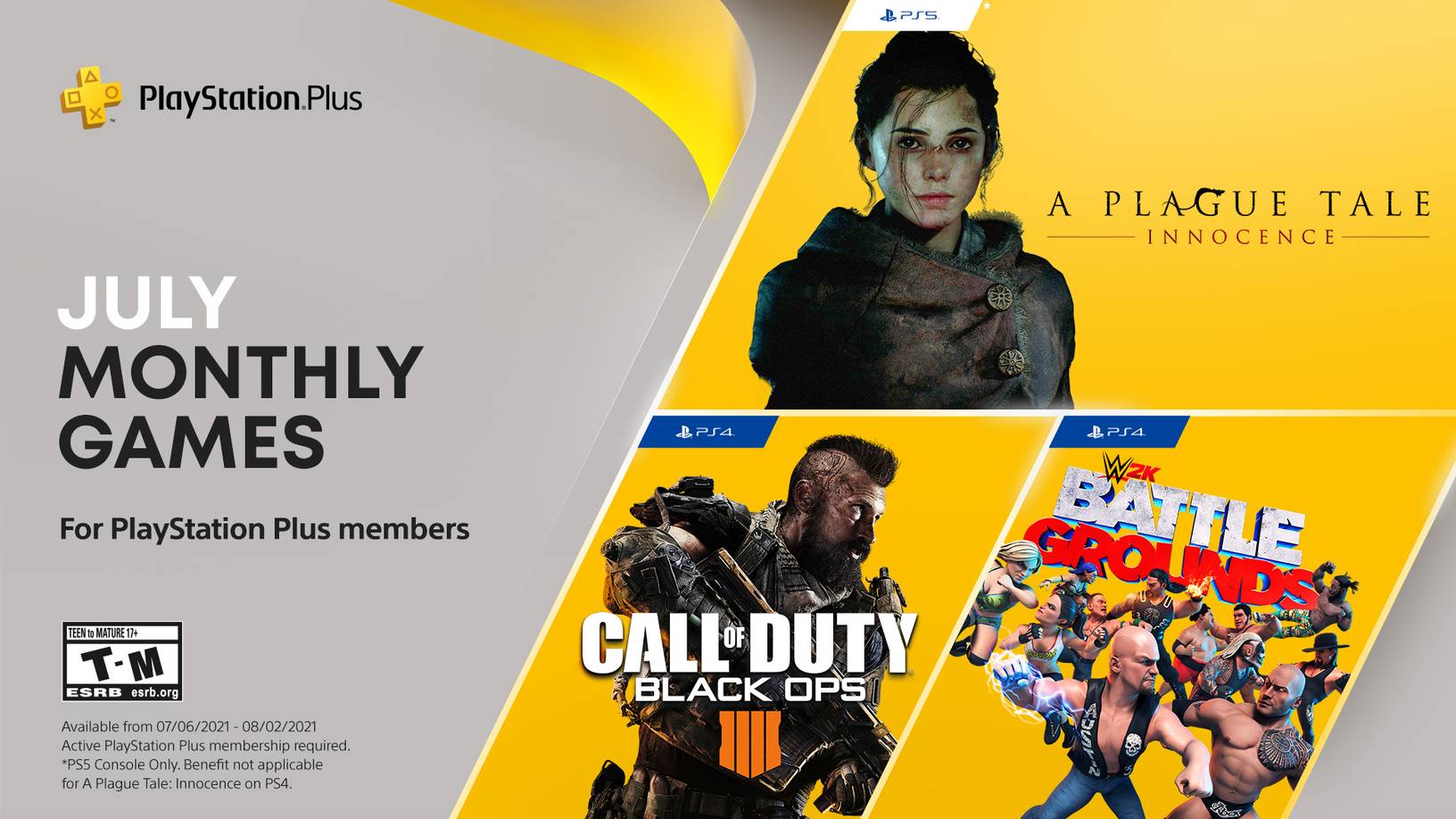