Nintendo have revealed a special edition 3DS XL which comes in red and features a greyscale image on the lid which includes many of the characters from the game. It’s not the best design, perhaps, but should give fans something to buy. 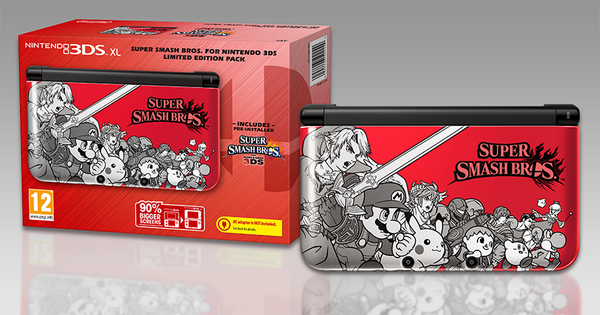 There’s no word on pricing just yet, though it will release on October 3rd 2014 alongside the game, and includes the software pre-installed on the system too.

In related news, Meta Knight – you know, the one who was deemed overpowered and removed from competitive Brawl – will be returning in both Smash Bros. for Wii U and the 3DS version. Let’s hope they’ve balanced him a bit.