Strands, sticks and ropes, bananas, Kojima has ‘explained’ Death Stranding to us before using metaphors and similes but now he has explained how the game works and what it is about using straight forward language.

Death Stranding is a completely new type of action game, where the players goal is to reconnect isolated cities and a fragmented society. All elements, including the story and gameplay, are bound together by the theme of “Strand”, or connection.

As Sam Porter Bridges, you will attempt to “Bridge” these divisions, and in doing so, create new bonds or “Strands” with other players around the globe. Through your experience of playing the game, I hope you’ll come to understand the true importance of forging connections with others. 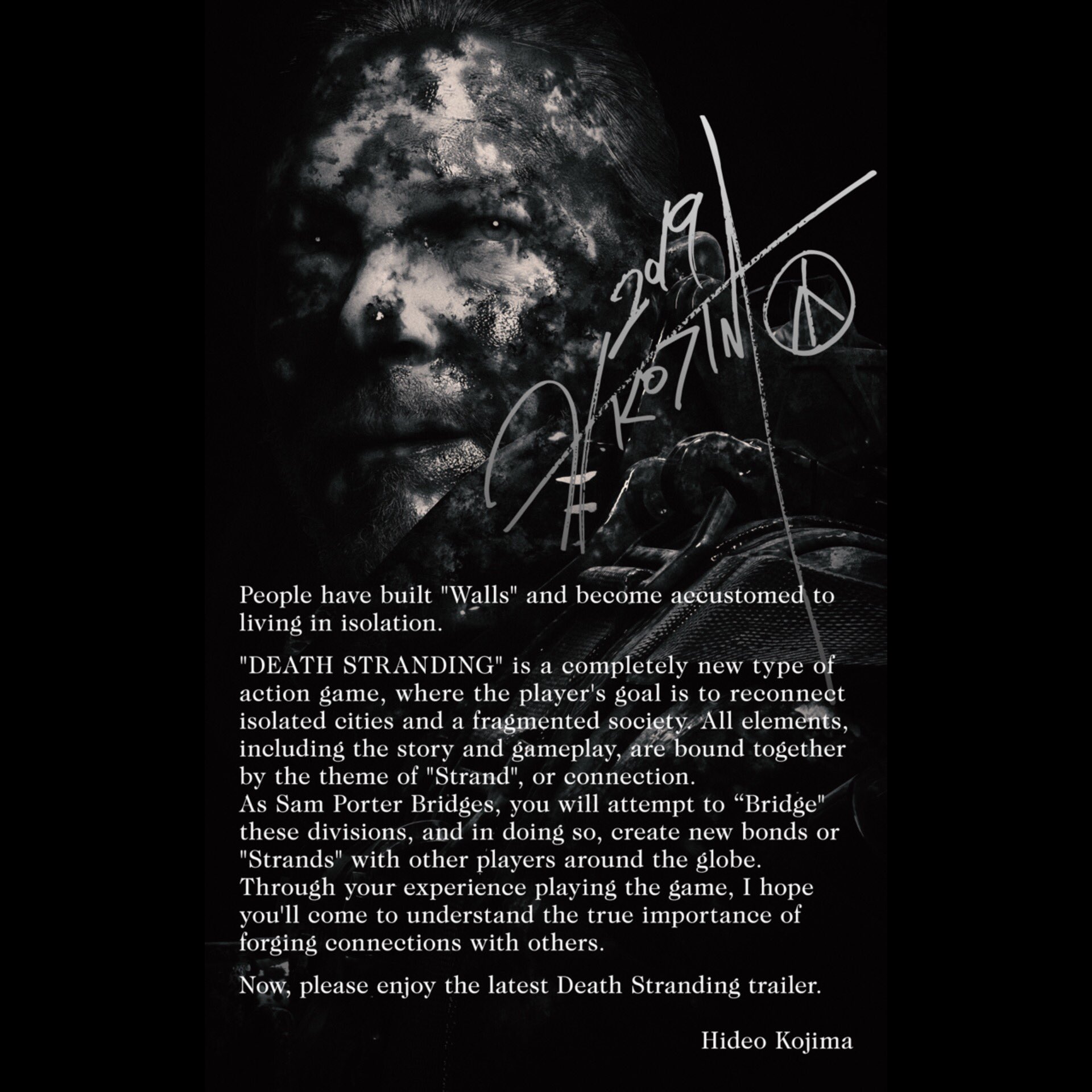 That’s a little clearer and the new 45 minute gameplay trailer really explains how the game works, although with hindsight it’s blinding obvious. Porter Bridges? Sam is a delivery man (porter) and is reconnecting the country (bridges). Duh.

Our first video is the briefing trailer, this is the one that leaked out from the Game Stop conference a few days ago.

And now the lengthy gameplay

Check out our Death Stranding Hub for everything you need to know about the game!

As many of you are trying to stay spoiler free I’m not going to huge amounts of detail but here are some key points from the video.

Death Stranding is out on PlayStation 4 on November 8th. Excited?

Fall Guys sold over 2 million copies in its first week