Emergency maintenance on Destiny 1 and Destiny 2 is now complete. Players may encounter a sign-in queue as the population returns. https://t.co/IiMxTDkLRF

Update 22:50PM BST – It turns out that the launch issues with Destiny 2 are more than just teething issues. As Bungie investigated the sign-on errors raised just a few hours after launch, they’ve now decided they need to take the game servers to both Destiny 1 and 2 offline for emergency maintenance. This follows the 24 hour downtime that the games underwent in the run up to Shadowkeep.

Destiny 1 and Destiny 2 are being taken offline for emergency maintenance. Please standby for updates.

Today’s official window for Destiny service maintenance is complete, however investigations are ongoing for BEAVER, BUFFALO, WEASEL, and https://t.co/4ucwiEYycJ errors.

Stand by for updates.

Bungie did say there may be a few teething issues when Destiny 2 came back online this evening and unfortunately that does seem to be the case. I’ve managed to get a couple of hours of play time in but for most it I had the “Contracting Destiny 2 servers” message flashing at the bottom of the screen.

However, that did not stop the game from working so we have been ploughing on and got to the final boss battle in the new Strike before the inevitable happened and we got kicked. I’ve been queuing for about half an hour now and have not been able to get back in to the game.

The problem seems to be affecting all versions of the game with players on Xbox, PlayStation, and Steam all reporting via Twitter that they are being kicked and/or have server issues. In the last few minutes Bungie have acknowledge there is a problem and they are investigating.

We are investigating Destiny 1 and Destiny 2 players encountering sign-on errors.

From what I have played so far Shadowkeep is rather good, there’s a reveal very early on that will make Destiny fans squeal. While you are waiting for Bungie to sort out the servers why not read the rather extensive patch notes.

This is more than just a big content drop with sweeping changes being made across the game, from introducing new game systems with “armor 2.0” and bumping all players up to a starting Light/Power level of 750, to migrating PC players from Battle.net to Steam. 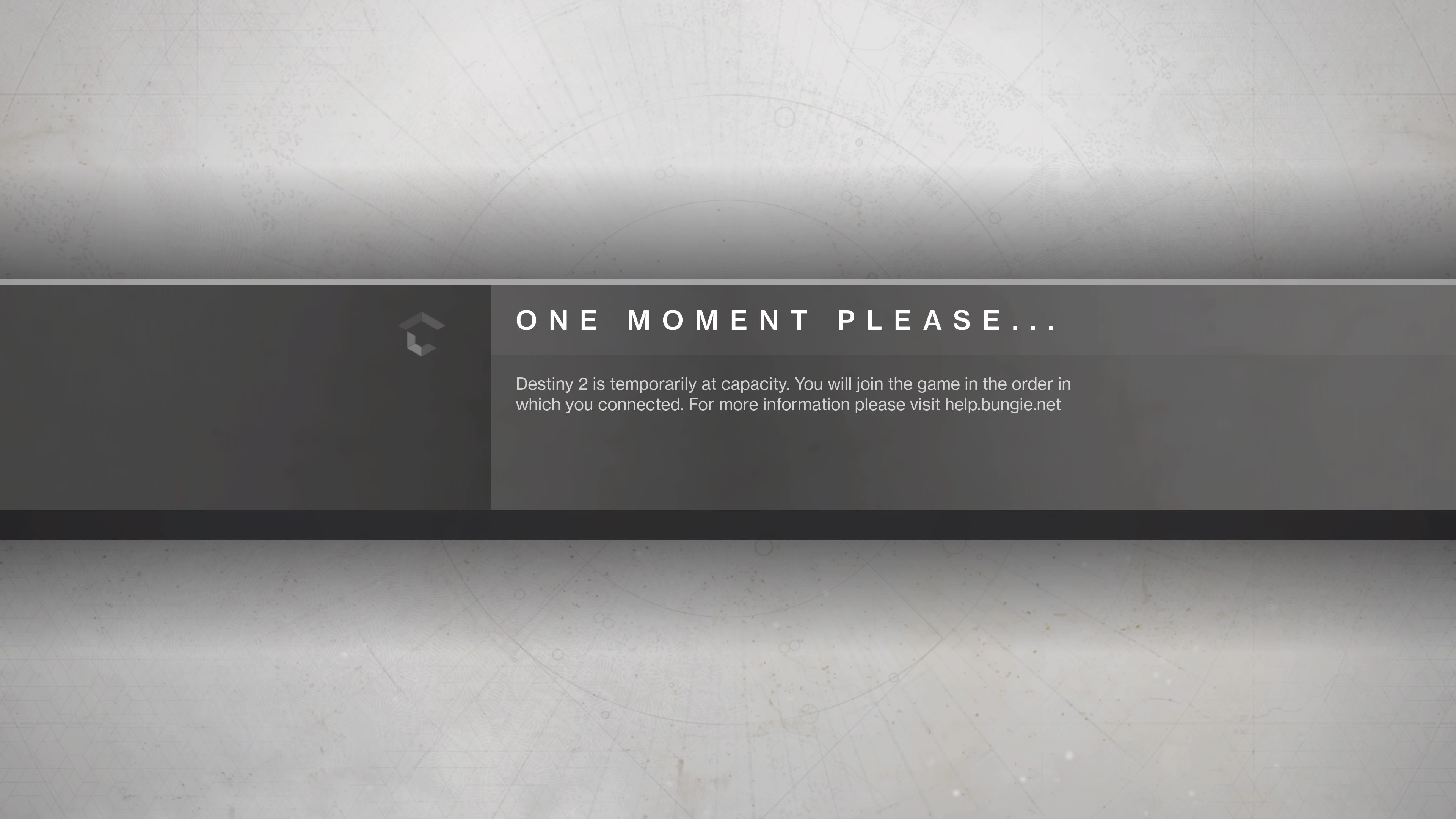 Earlier today it was been revealed that Destiny is the second best selling first person shooter franchise in the United States, Call of Duty obviously being the top game. This fact was revealed US Video Games Industry Analyst and NPD Group member Mat Piscatella. He also revealed the franchise is the seventh best selling series since it launched in September 2014.

Forty minutes and counting and still not in the game, hope you have better luck than me. Maybe Bungie should not have launched a free version of the game at the same time as a huge expansion? Just a thought…