The floodgates have been opened on Spidey news and hot on the heels of the release date we have news of the special editions, the pack shot, some new screens and a short video.

The Digital Deluxe edition will include the game and three episodes of post-launch DLC, “The City That Never Sleeps”. Each chapter will include new missions, new villains and characters, and additional suits for Spider-Man, with further details being revealed in the coming months.

The Collector’s Edition includes all of the above, plus a Mini Artbook from Titan Books, a Steelbook case featuring the iconic white spider, and the obligatory statue which features Spider-Man perched atop… something. What that something has not been revealed as it’s a spoiler for the game. 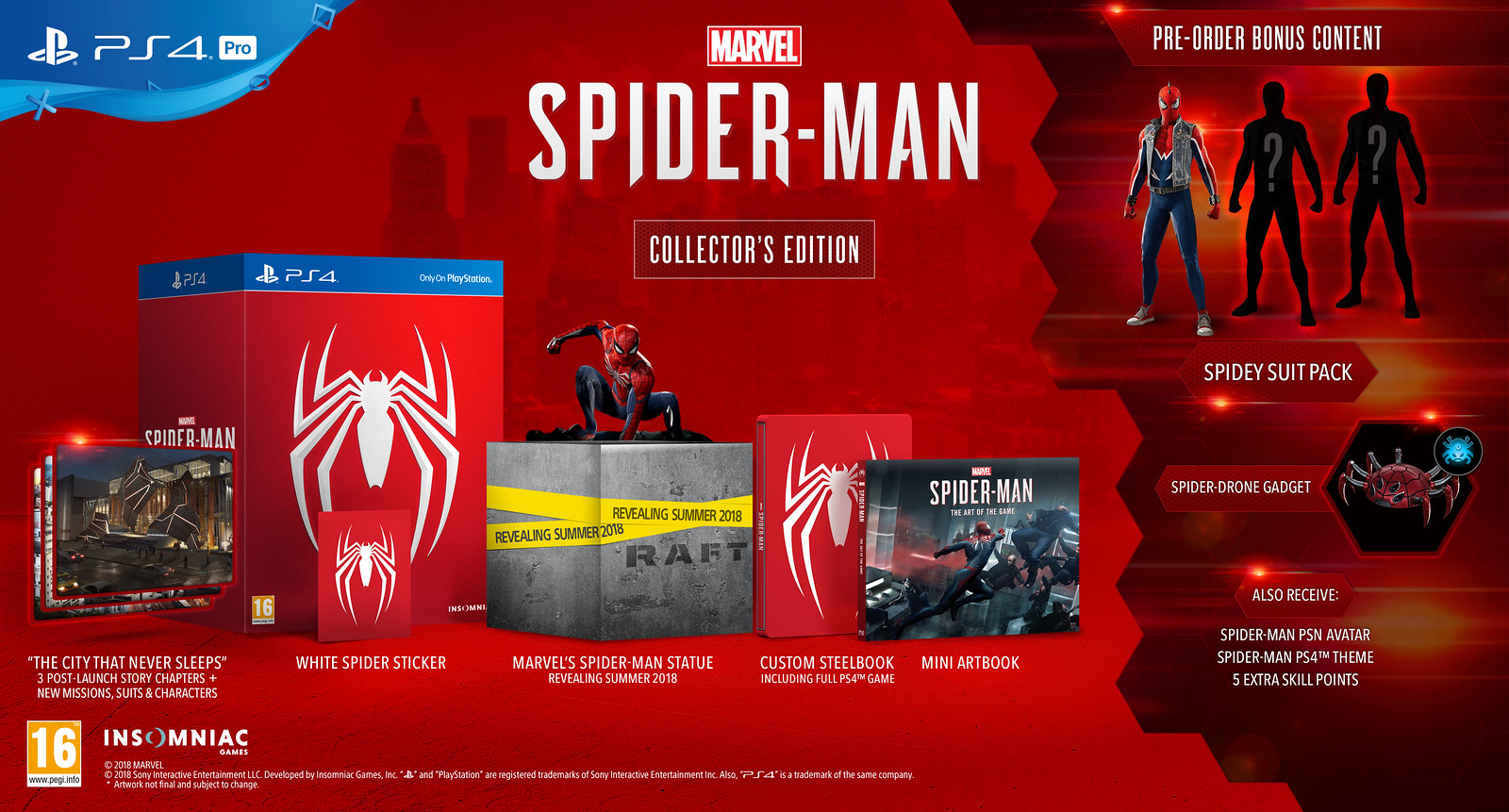 Pre-ordering the game will also get you some extra goodies.

Whether it’s a Spidey-Suit Pack featuring Spider-Punk, as well as a couple suits we will reveal this summer, the Spider-Drone gadget, a PSN Avatar, an original PS4 theme designed by renowned comic book artist Adi Granov, or just some extra skill points to unlock faster web-swinging sooner – our pre-order bonus is the total package