The highly rated PlayStation VR tactical shooter Firewall Zero Hour will get a new, free update called Operation: Nightfall on 21st May. There’s a shed load of content and changes in the update, so lets dive in.

Operation: Nightfall has brand new map, Hangar, which is set in a large military transport aircraft held in a hangar in Malaysia. There is also new Contractor, Ruby, who brings the Skill of “Thief” which lets her steal Crypto, the in-game currency, from wasted enemies. The map will be available to everyone at launch, the Thief skill is a timed-exclusive to Op-Pass holders, but after season concludes the skill will become available to all players at Level 12 and with 12,000 Crypto in the bank. A mid season update will see a second new map and another Contractor added to the game.

There are three new weapons, the Richardson SG12, Sarge, and Raptor, which are earned by the completion of their corresponding weekly missions. 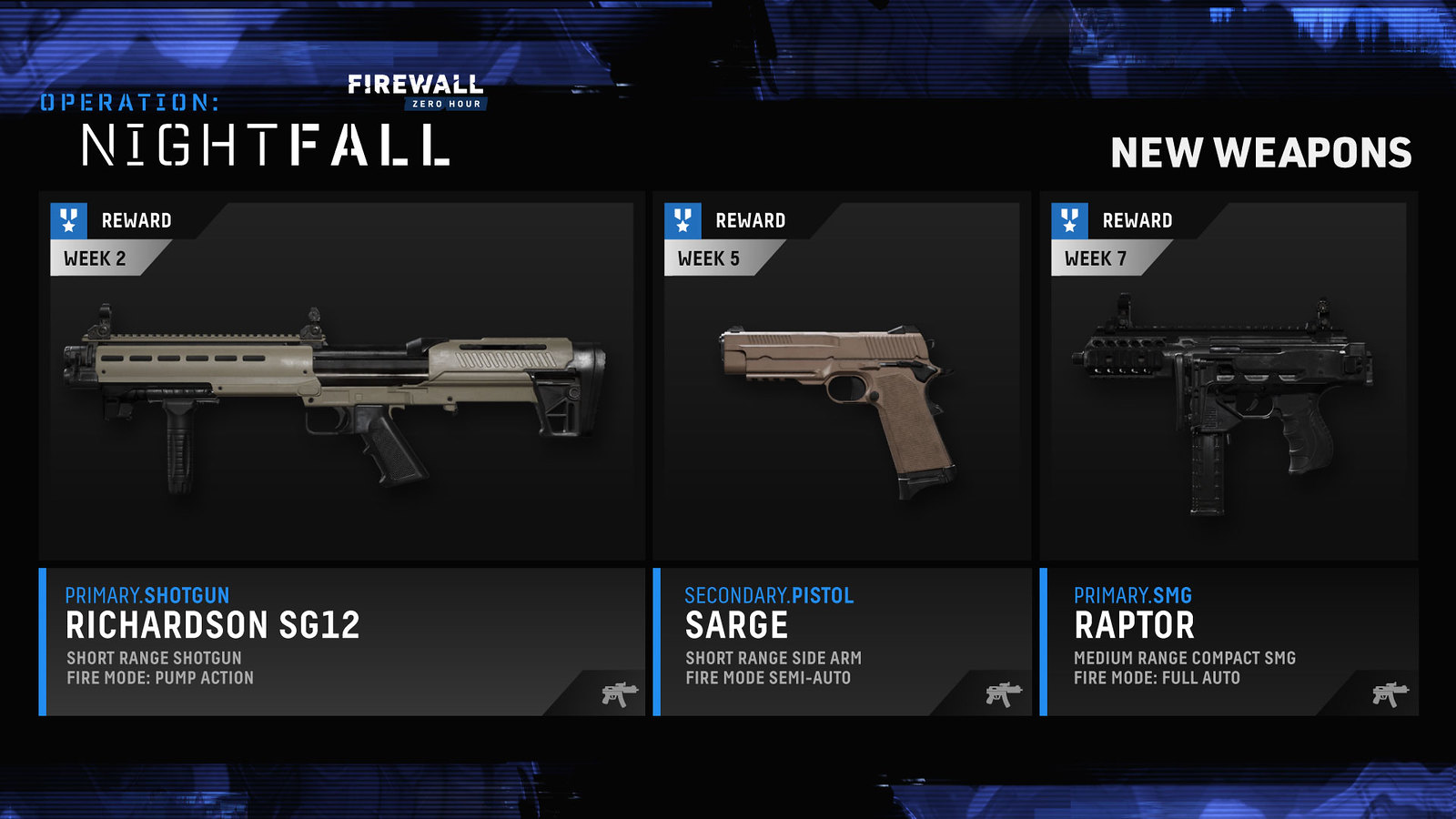 The UI has been overhauled and other improvements include squad optimisations, the ability to customise Contractors in lobby, map and laptop location refresh in Bunker and Compound, and updates to enemy indicators and headshot SFX. The AI has also been improved and your digital opponents will now operate more like humans by breaching doors and using equipment intuitively.

The challenges system has also had a make over. “Each week your Contract Handler will assign a new Mission to complete, yielding new rewards,” explains Shabs, Game Director from First Contact Entertainment, “You will notice new optional daily Tasks presented to you as well, which reward you with XP and Crypto.”

“Every week there will be one Mission is available for free for all players. With an Op-Pass, players can unlock additional Premium and Bonus missions and earn Seasonal cosmetic rewards, which unlock immediately upon completion of these Missions,” he adds.

They have also changed how content can be accessed by the Op-Pass and hack Keys.

Finally, all the Year One cosmetic DLC that was previously available separately has now been bundled in to a series of packs.