Just a few hours after patching Ratchet & Clank, Insomniac have also patched Marvel’s Spider-Man: Miles Morales on both PS4 and PS5. Unlike another game based on a Marvel properties they are giving away a new suit for free and, PlayStation 5 only, they have added muscle deformation.

You may be wondering what exactly that is so here’s Josh DiCarlo, Lead Character Technical Director at Insomniac Games, to explain.

We’ve fully simulated the entire character from the inside-out, using techniques previously only available in film. Every deformation that you see on the surface of the costume is the result of muscle and cloth simulation. 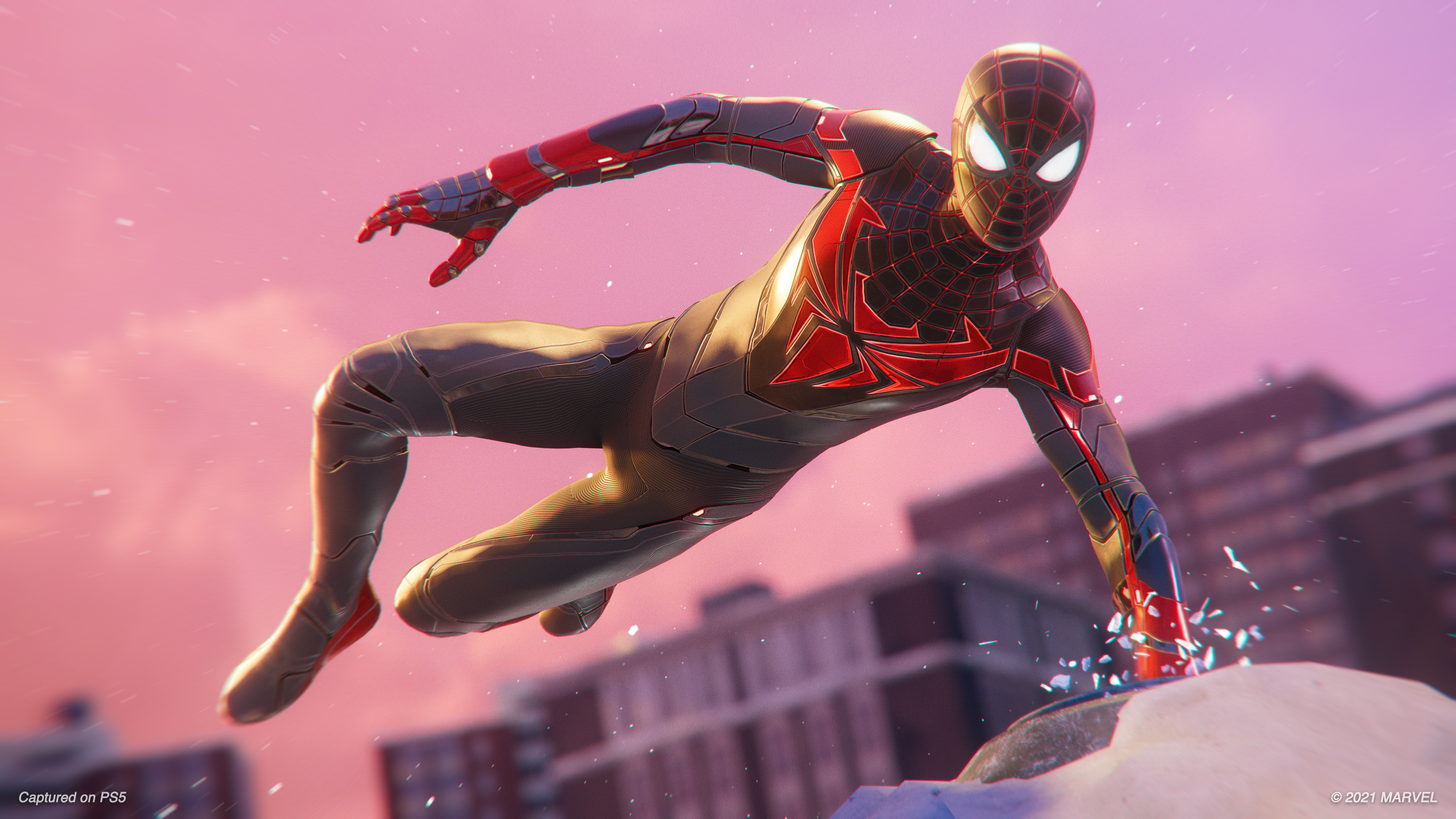 We gave Spider-Man: Miles Morales 8/10 in our review. “Spider-Man: Miles Morales feels like more of a sequel than it is a stopgap, entangling players within its web of cleverly refined mechanics while delivering some familiar web-slinging thrills,” said Jim. “A heroic technical showcase for PS5 owners picking up their consoles on day one, this meaty side story in the Spider-Man saga has us even more excited than before to see what Insomniac Games have planned next.”

So far we don’t have solid confirmation of when Spider-Man 2 will be coming but at least we have some clues as to the direction of the sequel’s story (watch out for spoilers). Right now, Insomniac Games are no doubt going flat out on the development of Ratchet & Clank: Rift Apart. It claimed seventh place in our list of top 50 most wanted games of 2021.