First up we have the Atlas Limited Edition, currently priced at £69.99. Aside from a mandatory steelbook, the collector’s bundle also includes a physical Atlas field manual, an Atlas calling card, the official soundtrack, and other in-game bonuses such as exclusive character skins, weapons, and a map. 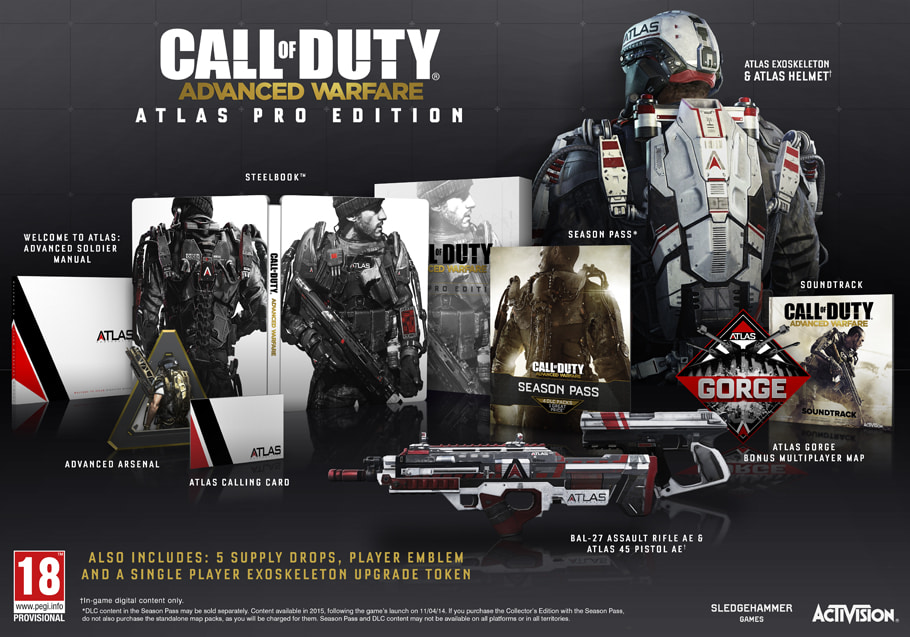 Those wanting to go above and beyond the call can chip in an extra thirty quid, netting themselves the Atlas Pro Edition. Aside from the slight variation in colour, it includes everything seen in the Limited Edition, plus the Advanced Warfare season pass.

Yesterday, Activision also showed off a new, story-related trailer for the game, confirming that a multiplayer reveal is on the way.