The quest to find something that hasn’t been branded with Death Stranding continues with the reveal that Michiel Porter Bridges, Technical Director at Guerrilla Games, has popped over from Amsterdam to give Kojima a box of Death Stranding chocolate.

I presume he is also there to advise on the Decima engine which was created by Guerrilla and used for Death Stranding, but you never know he might just like handing out chocolate. Here is Kojima holding the box of delicious treats, and just in case you hadn’t forgotten that he has met loads of famouses he is standing in front of a wall of photos of him and celebs. 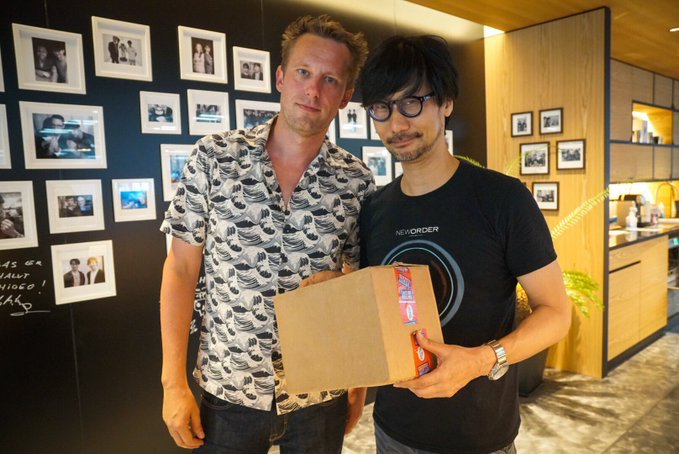 Here’s a picture of the chocolate bars which feature the Death Stranding packing tape and a message of encouragement as the game enters the final few weeks of coding. 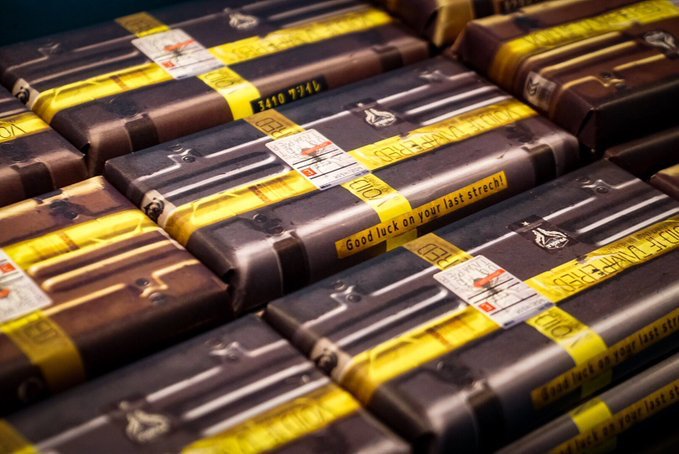 After Gamescom YouTuber RePorter Bridges uploaded the Death Stranding ‘briefing’ trailer but it was quickly removed so he took a rather novel approach to the leaking the trailer the second time round. He has created his own version by writing up what is said by each character, thus avoiding Sony’s copyright infringing ban hammer. You can watch it here.

Even though the game launches in around sixty days we’re still not sure what you will be doing in the game, and Kojima is being no help.“DEATH STRANDING is different from stealth game,” he tweeted. “You can enjoy First Person View but not a First Person Shooter game. It’s brand new game genre that adapted the concept of strand that we call Action Game, Strand Game (Social Strand System).”

We do know that if everyone has a wee in the same place you get a mushroom, so there’s that I guess.

Although you won’t be able to buy the Death Stranding chocolate (yet – give Kojima a few weeks) you can buy lots of lovely Koji Pro clothing, and umbrellas, socks and other merch.

Death Stranding will launch on PlayStation 4 on November 8th, and you might want to read this theory that P.T was Hideo Kojima’s secret message to Konami.